Marc Selwyn Fine Art is pleased to announce an exhibition of new works by Mel Bochner featuring his iconic Blah Blah Blah paintings and a series of large scale works on paper with the phrase Ha Ha Ha. This exhibition marks the first show of both series by the artist in Los Angeles.

One of the preeminent figures in the history of conceptual art, Mel Bochner has manipulated verbal, mathematical and geometric systems as the content of his work since the mid-1960’s. In his “Thesaurus Paintings,” which debuted at the Whitney Biennial in 2004, Bochner began to focus his conceptual experiments on the use and abuse of language. The repeating Blah Blah Blah text has been described by the artist as “an expulsion of breath which can mean anything, everything or nothing.” It could also be thought of as a digital “zero” in a binary system. On a broader level, Bochner’s choice of text is a reflection of the current state of communication and political discourse in contemporary America. The six richly painted oil on velvet works in the exhibition vibrate with bright, exuberant hues as the viewer’s mind goes back and forth between reading the text and experiencing formal compositions of color and shape. The use of velvet in these conceptual works is ironic, defying our preconceived notions about a medium often considered kitsch or commercial.

In the small gallery, Bochner’s Ha Ha Ha paintings on paper are similarly devoid of content yet embody the dark side of humor. The white repeating Ha text is set against midnight blues and blacks, the result of layers upon layers of UV screenprint. It is unclear whether the viewer is laughing or an unknown person is laughing at the viewer. 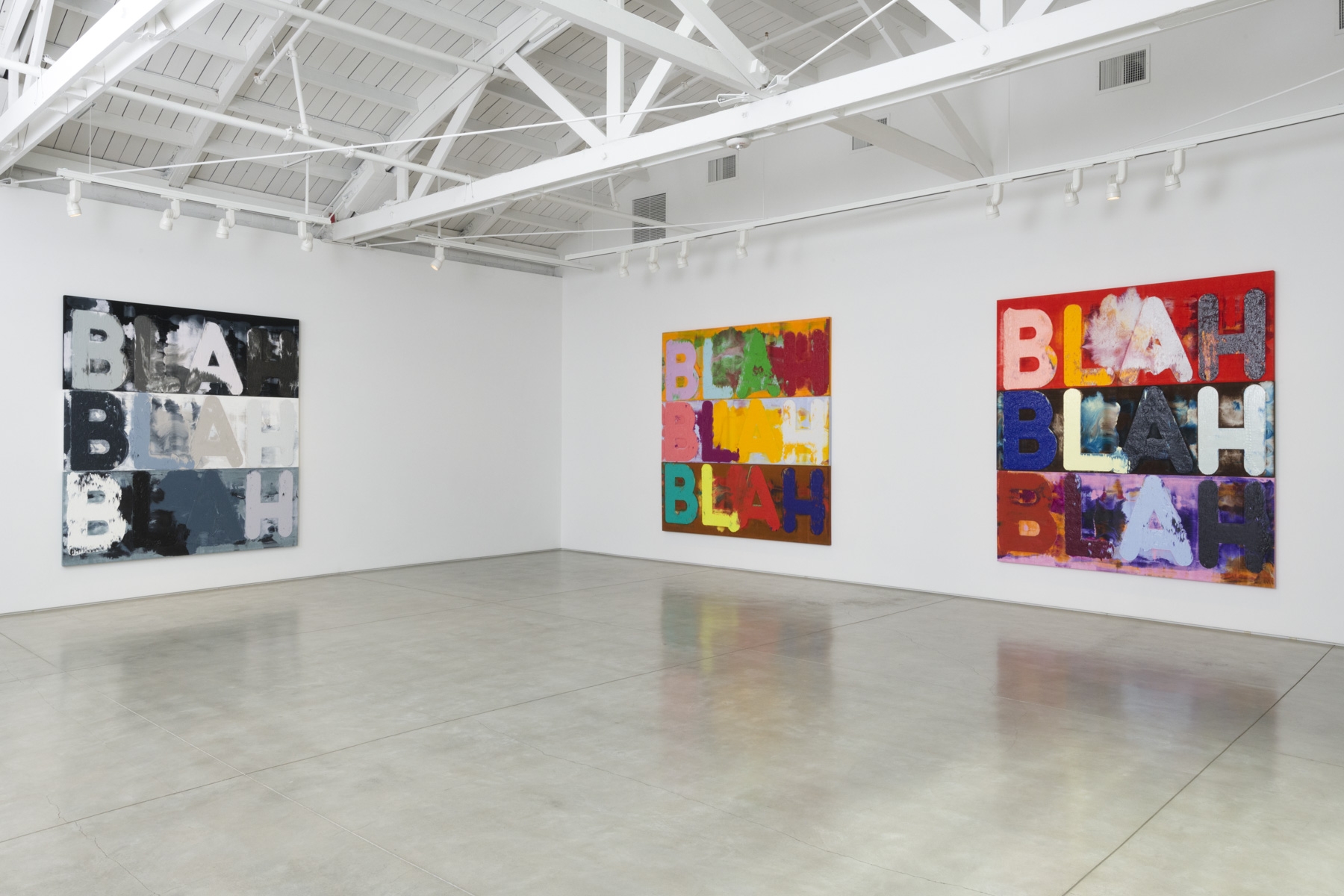 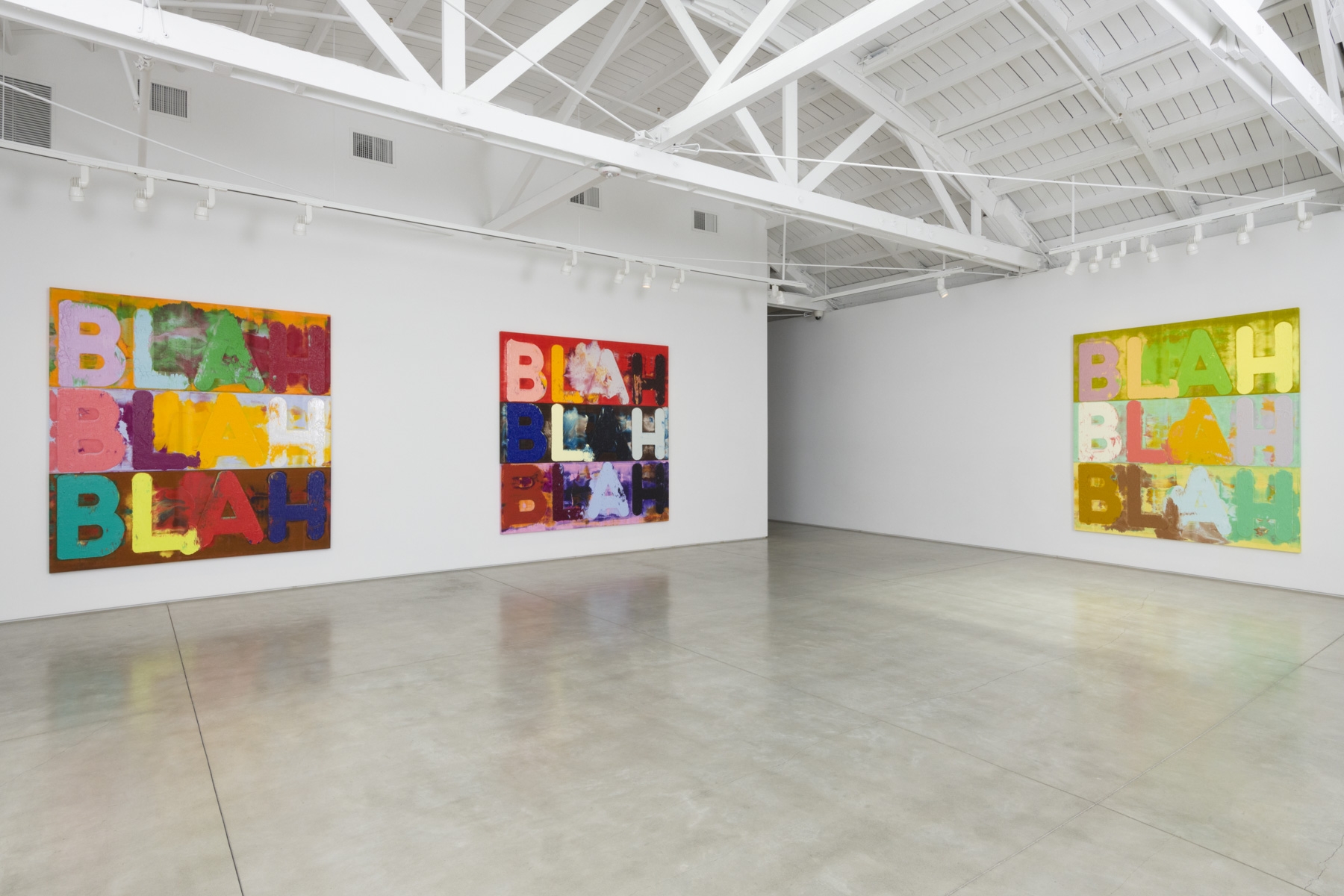 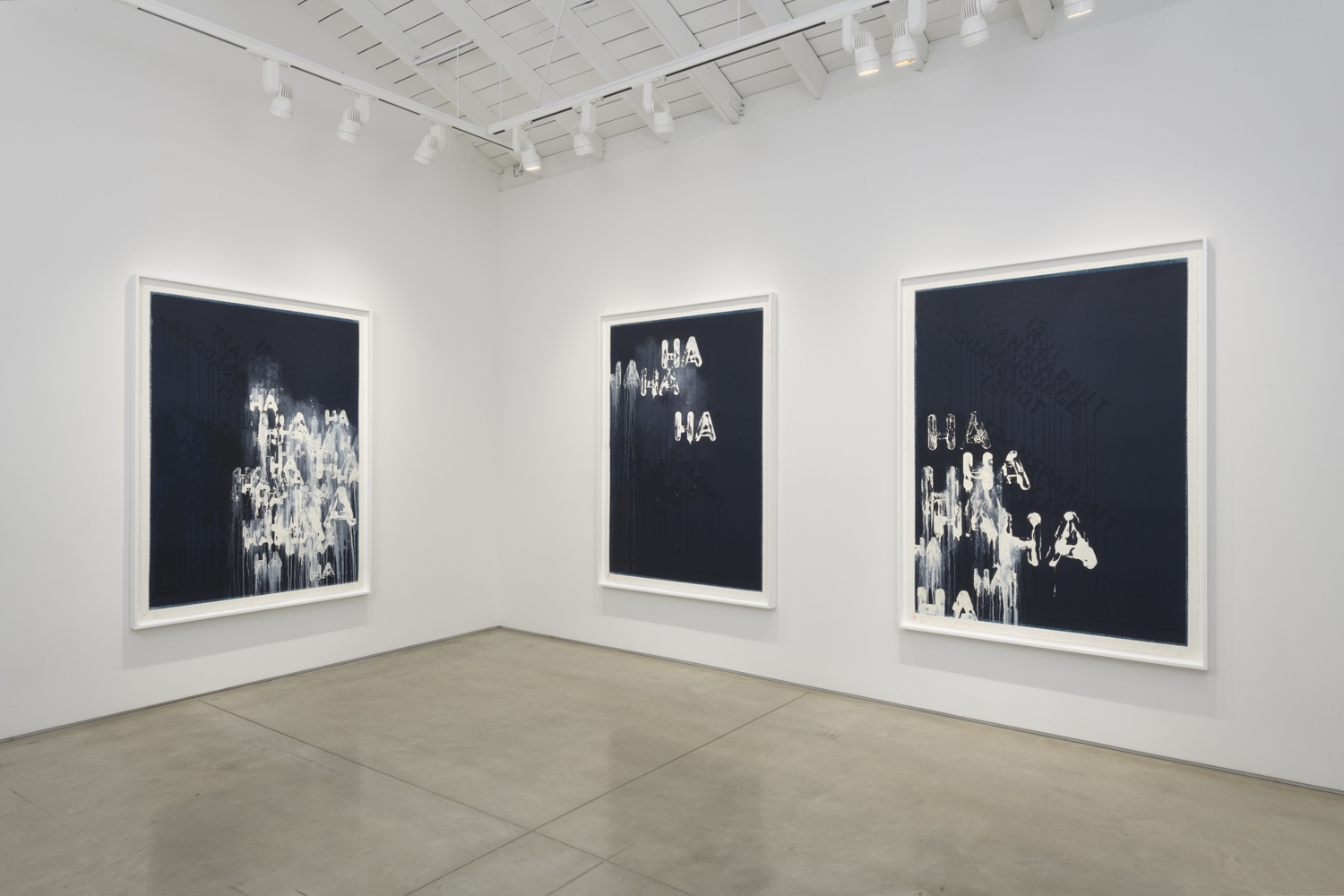